Hyatt Hotels Corporation announced today the opening of Grand Hyatt Bogota, marking the first Hyatt hotel in the Colombian capital and the first Grand Hyatt branded hotel in Colombia. The 372-room luxury property is located in the heart of Ciudad Empresarial Sarmiento Angulo commercial district, up the road from the Corferias and Ágora Bogotá convention centers, and minutes from the ultramodern Gran Estación Mall, El Dorado International Airport, and Bolívar Square.

The most recent addition to Inkaterra’s spa collection is Mayu Spa (‘River’ in Quechua). With a rustic chic design inspired by traditional Andean architecture, Mayu Spa features relaxing views of the surroundings as it is found on a foothill in-between Inkaterra Hacienda Urubamba’s organic orchard and an enchanting peppertree forest.

W Hotels Worldwide, part of Marriott International, announced the opening of W Panama, the first W in Central America. Located in one of the most cosmopolitan capitals in the region, Panama City, the new hotel towers above the heart of the business district within the ultra-modern, 50-floor Evolution Tower on Calle 50. The bold and vibrant design of W Panama, under the ownership of Evolution Tower Corp., blends centuries of history and culture with the nearby tropical paradise and trendy metropolitan spirit of Panama City.

Chable debuts in Riviera Maya with its second property

Surrounded by mangroves on Mexico’s Caribbean coastline, Chablé Maroma is a five-star beach resort set between a tropical jungle and the sparkling sands of Maroma Beach. Scheduled to debut fall 2018, the luxury resort will feature 70 spacious suites, each with its own private pool and outdoor terrace, as well as more than 650 feet of private beach offering a tranquil retreat in the heart of Riviera Maya.

Steeped in legendary seafaring history dating back hundreds of years, the Eastern Caribbean island of St. Kitts is the newest exotic destination for Six Senses Hotels Resorts Spas. The larger of the two-island country of St. Kitts and Nevis, St. Kitts lies in the northern part of the Leeward Islands group of the Lesser Antilles. Its volcanic origin created an 84-mile (135-kilometer) coastline of intriguing silver-grey sand beaches and a lush fertile interior with coconut groves and plantations.

Conrad Hotels & Resorts, Hilton’s smart luxury hotel brand, today announces the opening of Conrad Cartagena, the brand’s first hotel in Colombia and third in Latin America. The oceanfront oasis on the north side of the iconic Walled City welcomes guests to the shores of the Caribbean Sea.

Grupo GDI, one of the leading real estate development companies in Mexico, today signed a letter of intent and an exclusive agreement with the Oberoi Group of India to develop the Oberoi Hotels & Resorts in the US, Canada, Mexico, Latin America and the Caribbean.

Rising amid the leafy green spaces along the Pinheiros river in southern Sao Paulo is a new beacon of world class luxury and five star service: the all-new Four Seasons Hotel São Paulo at Nações Unidas. 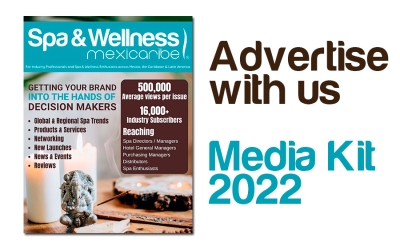