Many believe that plant medicines are powerful allies that can help humanity to heal and overcome the environmental, economical and mental health crisis that we are currently witnessing. The invitation to rituals, meetings and ceremonies using sacred medicinal plants with or without traditional healers has become more common.

The importance of becoming aware of maintaining a healthy world also depends on many of the indigenous communities that maintain a fully committed way of life to protect entire environments of their habitat and maintain traditional ceremonial knowledge where native cultures are nurtured to achieve a balance between the natural and spiritual world that sustains life on planet earth.

The tobacco plant itself is known by native people across the American continent as a plant of protection to channel communication with the spirit. Medicinal tobacco is used in ceremonial pipes or cigarettes, as a drinkable purge, as a concentrated edible paste and as rapé.

Rapé, a snuff powder of natural tobacco, tree ashes and ground medicinal plants, is used traditionally by the Amazon indigenous people. It is applied through the nose with a special tool (Kuripi), the body energy cleanse process starts immediately because it interacts directly with the brain by stimulating the pituitary gland. This process balances the system, helps eliminate physical and local ailments and removes negative energies.

This method causes the elimination of toxins (physical, mental and emotional) from the body through coughing, releasing mucus from the lungs and stomach, salivating or crying and maybe purging. Rapé reduces anxiety and introduces calmness and serenity, liberating the person from psychological and emotional blockages.

Ayahuasca is a medicinal tea of the Amazonian tribes used to heal the physical, mental, emotional and spiritual body. Nowadays, ayahuasca is offered all over the world. Medicine men and women must follow a 5-10 year journey, learning and following special plant diets to ensure the well-being of participants and patients during and after rituals.

Prior to the consumption of ayahuasca, it is recommended to prepare the body three to five days before and after the ritual, this includes sexual abstinence and avoiding the consumption of meat and dairy products. During the ritual, attendees sit in a comfortable position observing silence, diving into a deep meditation of self introspection accompanied by the ancestral chants and prayers of the indigenous guides in their native tongue calling upon the spirits to heal, purify and transform physically, emotionally mentally and spiritually.

The cactus known as peyote, hikuri or tuútú, is a medicine that has been used for thousands of years by Native Americans since the beginning of civilization. This plant represents the reason for being to the Wixárika or Huichol tribe of the Sierra Madre Occidental Mexicana and is used by many other tribes such as Apaches, Kikapues, Yaqui, Raramuri and other indigenous groups in Mexico.

Peyote has been used as a ceremonial sacrament by the majority of Native American tribes in the United States and Canada since the beginning of the 19th century.

The plant grows in the Chihuahuan desert, spanning Queretaro, Mexico and Texas, USA. This biodiverse desert is also under threat due to mining and agricultural production.

Kambó is an Amazonian frog used for a deep healing and detoxification of the physical and energetic body, used by indigenous people mainly in the region of Acre, Brazil, especially the Noke koi, Huni kuin, Yawanawá and Kashinawá tribes. Taking care of this species and its traditional use helps to maintain one of the most effective and least investigated medicines that strengthens the human immune system.

Nature is calling to humanity via these medicines and it’s time to protect the habitats and cultures of the native tribes who have kept this healing wisdom for the physical, mental, emotional and spiritual body alive. These medicines help us evolve and relate to each other and the planet. We must reconnect with nature and take care of this knowledge for future generations. 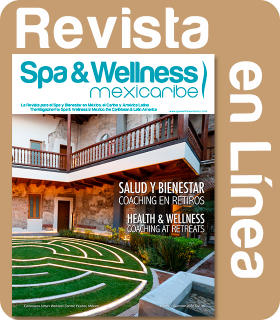 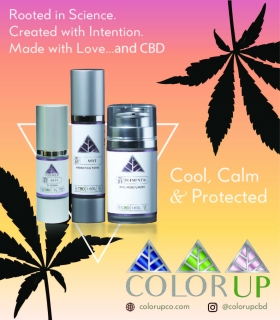